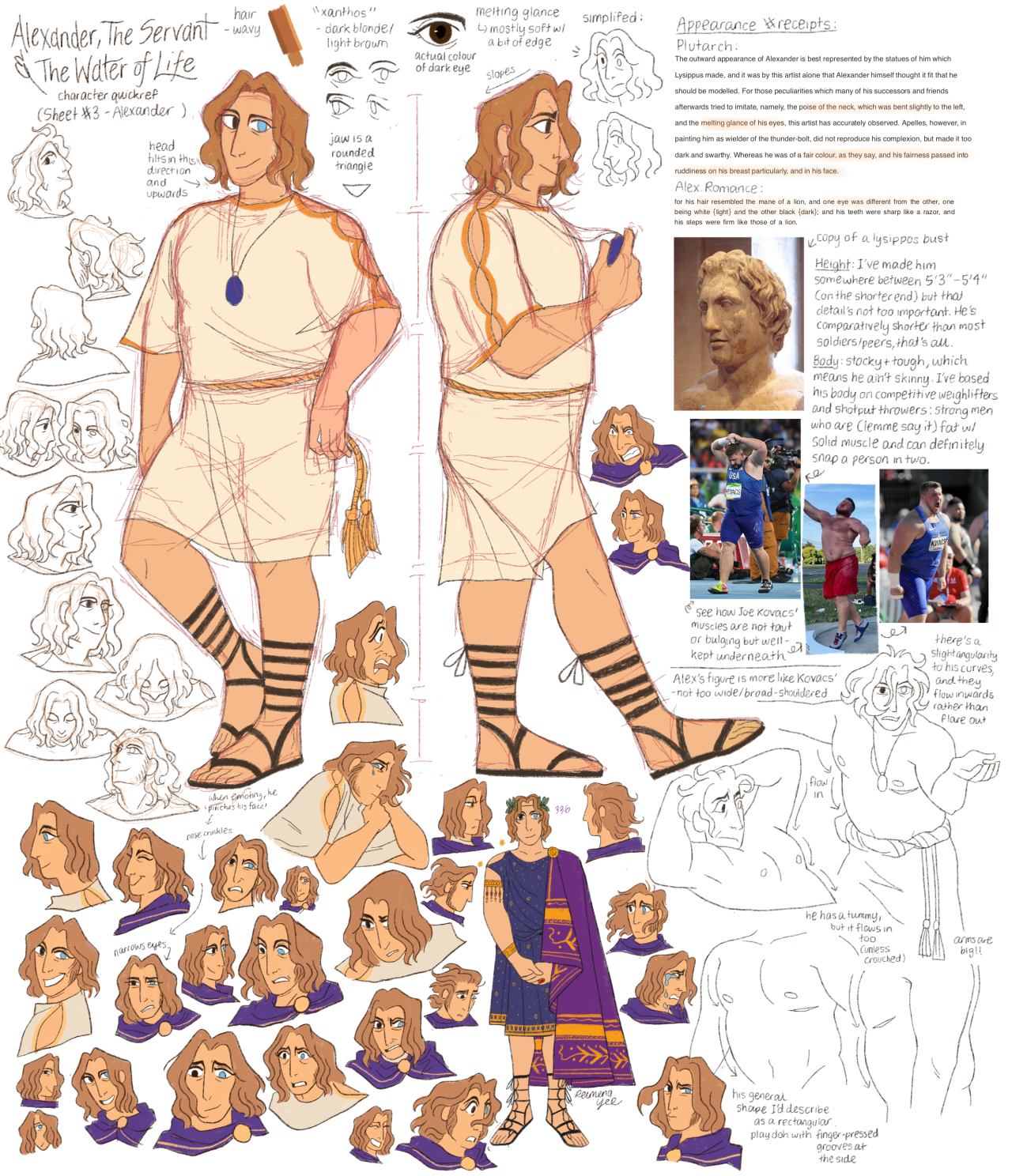 Caption: Alexander's final character design sheet, showcasing his expressions, physique and construction alongside historical sources for his design. I will discuss them below.

How do you design a king with many faces?

Most characters require a number of iterations for their design, which can vary a lot. For example, The Servant's design took 3 attempts across two drawings, while Hephaestion's required several months and many drawings until he looked perfect.

And there are the special, rare characters who come out almost fully realised from the start. Alexander is one of those. 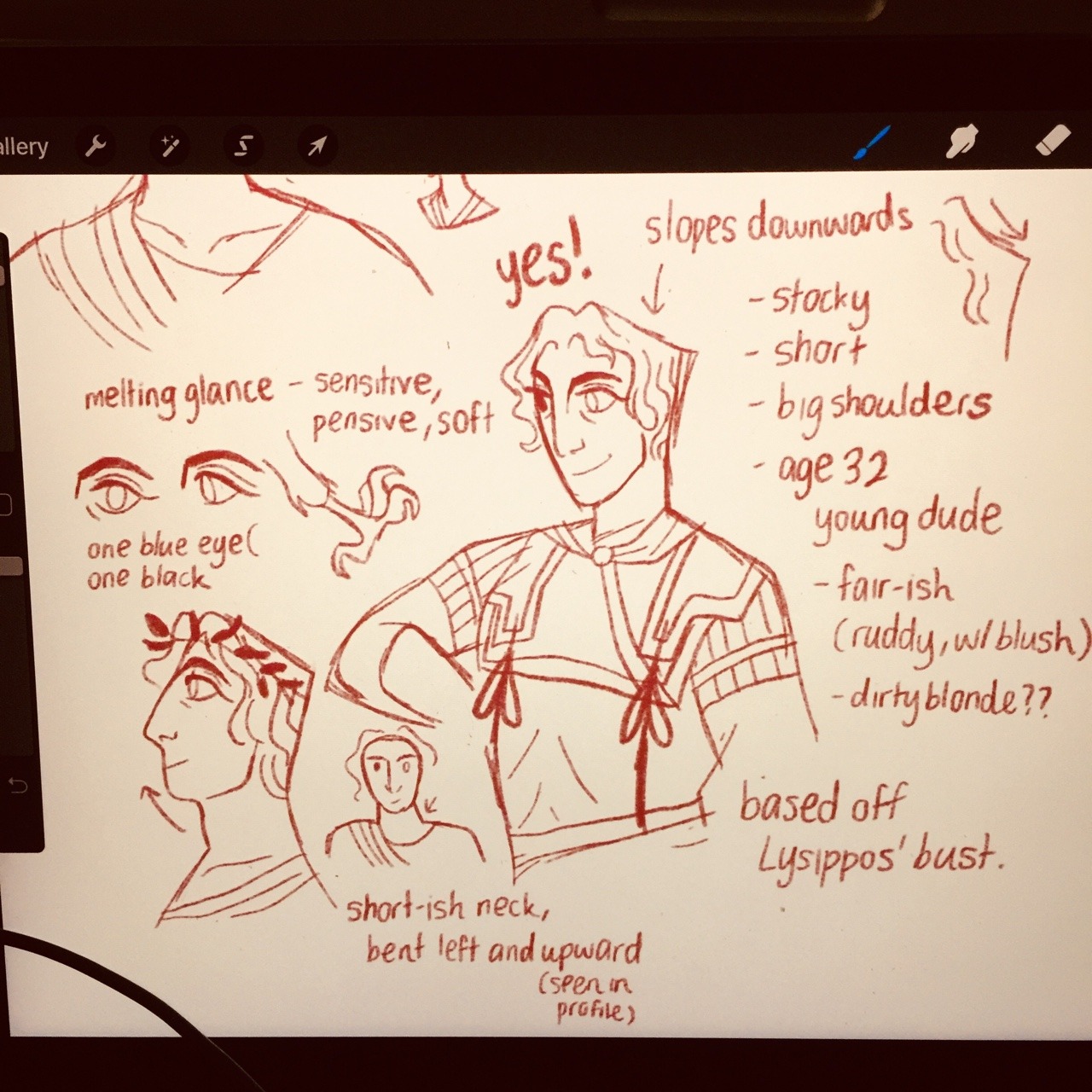 This is my second ever drawing of Alexander in December 2018, based off the Plutarch description, the Alexander Romance, and the Lysippos statue. Those three were my core sources for designing Alexander's primary face. 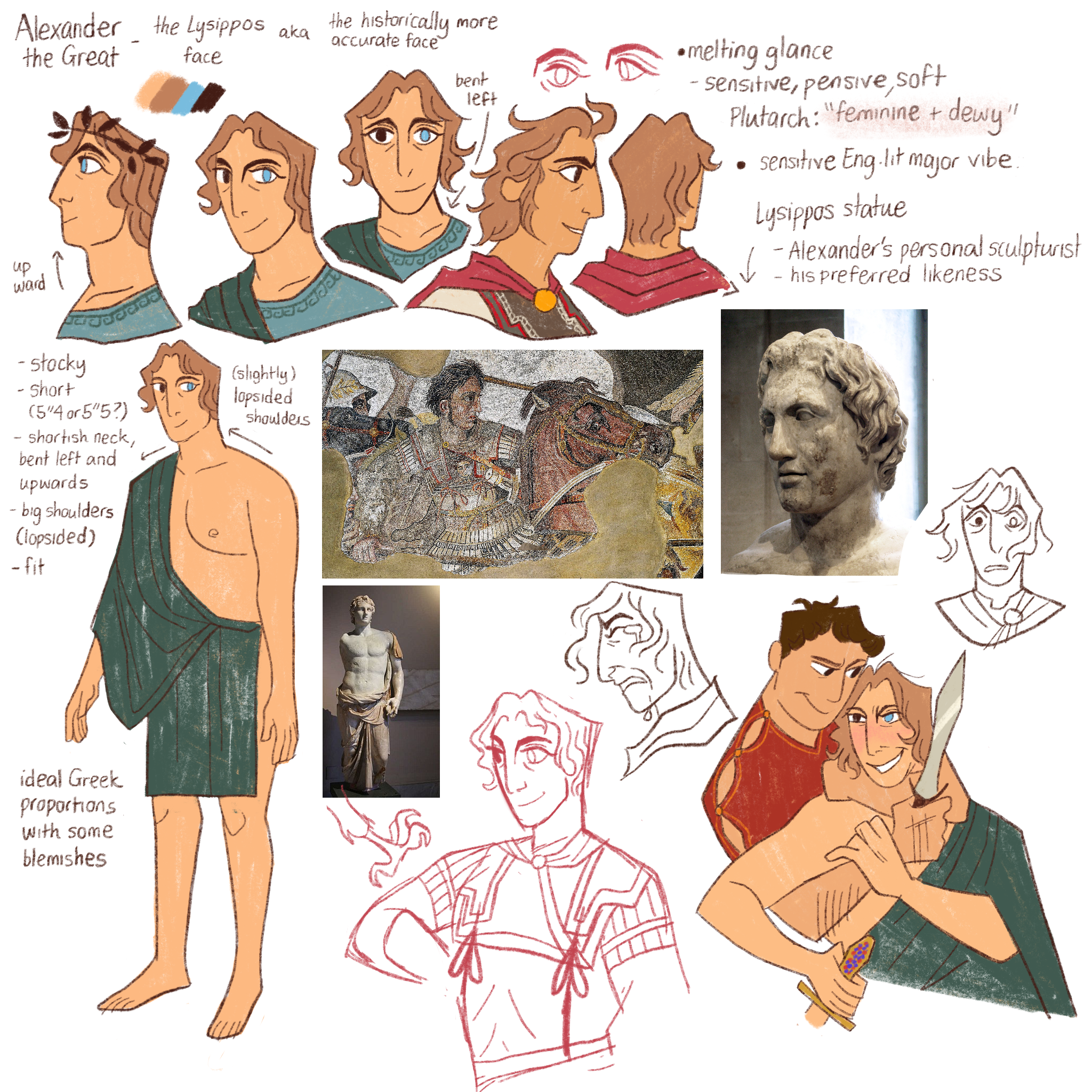 Caption: The first character design sheet for Alexander. You can see an early Hephaestion here.

With his basic design settled, it was only due to time and growing familiarity that his design matured into something usable in a graphic novel. Comics requires a lot of drawing the same character over and over again, which means a comic character's design needs to be efficient (for the creator) so time is not wasted tripping over a detail. It also has to be iconic, because these drawings have to be memorable (you don't want to confuse Alexander with another character) and distinctive in relation to the other visual elements on the page . Lastly, and maybe this is something that's only very important to me, the character needs to be expressive. They have to be able to pose and emote non-verbally, so that anyone who can't read the dialogue will be able to glimpse the story from the character's face or body language. Or get nuanced emotion that isn't available via dialogue, as unlike novels, there are little to no narrative description to fall back on. I'd always pick expressiveness and flexibility over too much abstraction or detail.

I also based Alexander's design off two real-life people: Dean Lewis for the face and hair, and Joe Kovacs for the body. I don't follow them too closely, but having real people to observe helps with making Alexander feel believable and human.