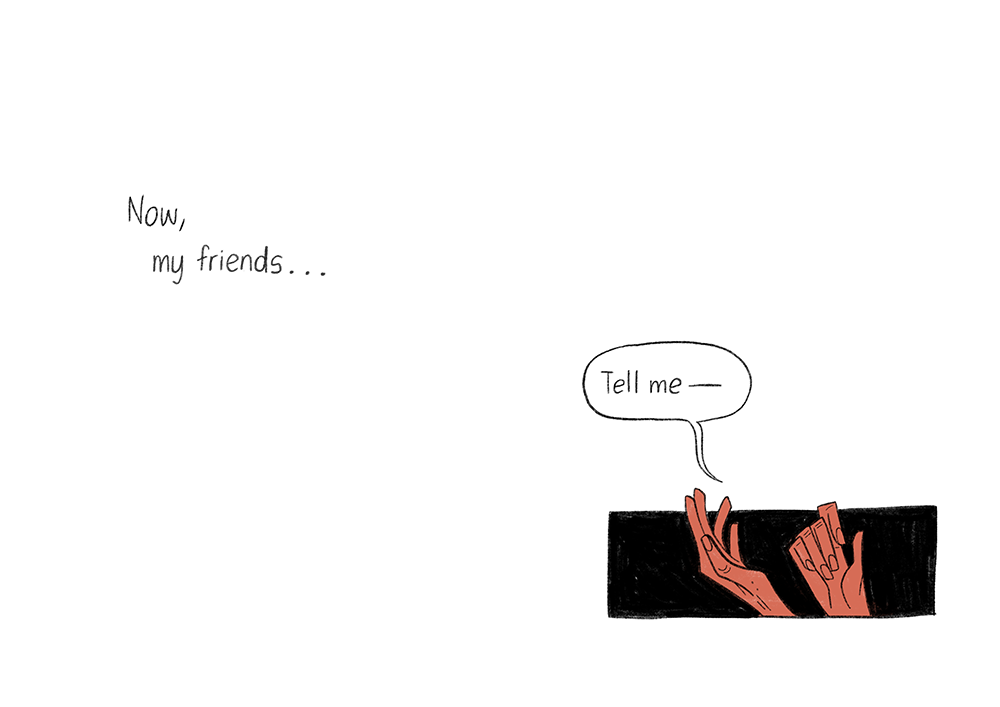 The full text for screenreaders and those who want it.

I originally debuted these sample pages on Sept 2019 (Tumblr and Twitter). They were part of the pitch packet my agent and I developed when we were looking for a publishing home for Alexander. Unfortunately, the last quarter of 2019 and the entirety of 2020 were not very good years for publishers to pick up any niche, risky, probably expensive projects – so I had to abandon the traditional publishing route for the time being and return to my roots in webcomics. Perhaps that’s a blessing in disguise, because if it had been picked up, this website wouldn’t exist, and the webcomic may not be as freely available to all as it is now.

Anyway, about the process of making these pages (or as I call them collectively, the trailer):

I was in a bit of a burnout at the time, following an intensive 6 month period in which I did nothing but draw comics. I needed a break – to think about anything except pictures and words in boxes, and to put some inspiration fodder into my brain. Nicely enough the Melbourne International Film Festival was happening that August, so I booked some tickets for a few animated films. It was from one of these – Children of the Sea – that I came out in a crazed, dazed, inspired state. I was hyped up. I needed to make the trailer. I wrote the script that night. A month later, I drew the artwork. And to my surprise, people enjoyed it!

Looking back on the trailer, it feels somewhat unfinished. I hadn’t really made any comics pages for Alexander before this (because I was busy with the other project), so you could say this was the first time Alexander, The Servant & The Water of Life existed in comics form – almost a year after its conception.

Things have improved since. But this trailer still represents the spirit of the story. It is about legacy and the art of telling stories, primarily around a singular legendary figure with many names and many faces, and that we’re going to hear one more story about him.

So hush now, my friends…

and enjoy a look at an old trailer.

P.S: Check out my Author's Notes for the actual Prologue where I discuss the process and compare the old and new versions.